AND NOW HERE'S HOW HARRY MET SALLY, I MEAN HOW THE BAND CAME TO BE...

Once upon a time there were two Internationally Recognized bands (Voodoo in Blue from Australia and Fluffer from Seattle) that hit it off like a john and a discount hooker on payday. Things were so good they needed to create a new musical partnership and Buzzed & Loaded was formed between Buzz Brown and Rob Trosino.

Needing a bottom end for their debut album the universe aligned and they connected with one of the greatest bass players and nicest people in Rock History Mr. Roger Capps (Rock n Roll Hall of Fame Nominee & founding member of Pat Benatar, Dog father to "Hambone").

Roger was replaced by Seattle Bass legend and thundering bad ass Andy Claus as they went into the studio at the start of 2022 to record their sophomore album "Fast Cars & Dive Bars".  Andy adds a new energy, as the band found an even greater collection of riffs and empty bottles of Jack.

The ultimate goal is to bring a heap of levity, and amazing rock grooves to the unsuspecting masses.

Stay Buzzed & Loaded as we steer towards the new music of "Fast Cars & Dive Bars"!!

Buzzed & Loaded have everything from these 4x4 banners, tees, mugs, hoodies, hats, and YES their own line of Whiskey is brewing now. Merch page coming soon.  The first single from their debut album "At your door" was added to hundreds of stations, and multiple top 10 charts from Australia to Texas (#1 - 9 weeks in a row on ZTR FM Dallas). The song has been in the top 40 Global played tracks for over a two months peaking at #6, even beating out their hero's like Cheap Trick, The Ramones, and John Lennon.  The debut album droped February 1st, 2021. Buy it today click here

Subsequent singles, Knock 'Em and Trouble have landed in the top 10 on various Global Radio Charts. Request the latest single "Leap of Faith" where ever you consume your music.

The band landed in Nashville last September (2021) as finalist in multiple categories at the JMA's the worlds largest Independent Music Awards Show.  They encountered a bridal shower brawl, a one legged prostitute, and more stories that will be detailed in future interviews.

The band can't wait to get to play their first full shows with Andy Claus. Stay tuned here for band arrest reports, demo updates, and Mixology tips from Andy.

Also available at your favorite digital retailers and streaming services.

07/01/2022 - The bands single Bad Penny was a finalist for Best Rock Song at the World Songwriting Awards. Thank you Australia!!

05/07/2022 - Out of 54,000 Submissions the band is Finalist for Rock Album of the Year (Two years in a row) and each member is up for Musician of the Year.  The JMA's is the largest Independent Music Awards in the world, and this year they are being held at the Grand Ole Opry in Nashville. Cheers. 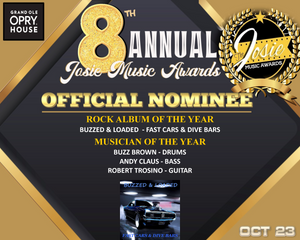 04/05/2022 - Time to bring down the top shelf hooch as we celebrate multiple nominations including Band, Single, Album, and Songwriters of the year at The International Singer Songwriters Association Awards!!! Happening in Atlanta 08/06...ROAD TRIP 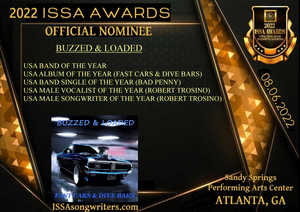 04/20/2022 - The debut single dropped "Bad Penny" can be streamed or purchased everywhere. Click here for an amazing review from one of Europes top critics. 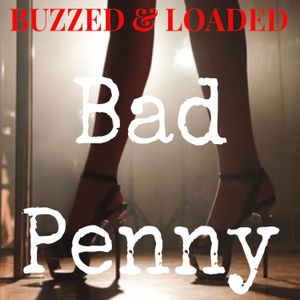 04/01/2022 - After Months of hard living and harder riffin' the sophomore album Fast Cars & Dive Bars is mixed and mastered. It is for sale and streaming everywhere. Click here if you want a physical CD 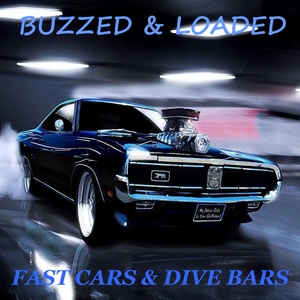